a.      An electric circuit is the path or network of paths formed by electrical components through which electric current flows when the circuit is closed.

d.      Series and parallel circuits are 2 basic ways of connecting electrical components to form circuits for the current to flow.

2.      A series circuit refers to the single path formed by electrical components which are connected end to end consecutively to an electric source.

4.      A parallel circuit refers to the network of separate and parallel paths formed by electrical components which are connected side by side and their corresponding ends are joined together to an electric source, a cell or a battery.

ii.      In other words:
1.      the effective resistance R in a parallel circuit is smaller than each of individual resistor;
2.      the combination of resistors in parallel effectively forms a resistor with larger cross-sectional area and therefore lower combined resistance. 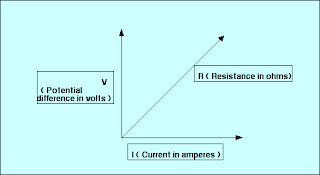 Ohm's law states that the current flowing, I through an ohmic conductor (pure metal) is directly proportional the potential difference, V across the conductor if the temperature remains constant.

Example how to determine effective resistance of a parallel circuit: 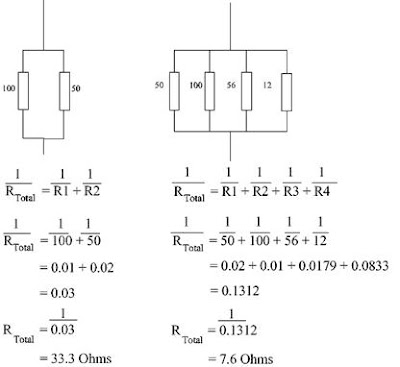