2.      An electric charge can be: an electron, a proton, a nucleus (an alpha particle i.e. helium nucleus), an ion, a charged molecule or any charged object such as a charged cloud, a plastic comb, an electrode or the charged dome of the Van de Graaff generator:
* Like charges repel
* Unlike charges attract

3.      When there is a flow of electric charge, there is an electric current – this is shown by the “Van de Graaff Generator and Galvanometer” experiment (pg. 43 of F5 textbook).

Alternatively, Q = ne
(where n = number of electrons or protons; e = charge of an electron or proton)

“One ampere is the constant current which - if maintained in 2 straight parallel conductors of infinite length, of negligible cross-sectional area, and placed 1 metre apart in a vacuum - produces a force of 2 x 10-7 newton per metre of length.”

5.      An electric field line is a vector quantity because it has magnitude and direction of force.

6.      The pattern of electric field lines depends on the shape and the number of the charged objects in the vicinity (Refer: “Semolina Powder on Olive Oil and Metal Electrodes” experiment for the various patterns – pg.349) (Yr 2008 SPM P1 Q35 at pg. 147) 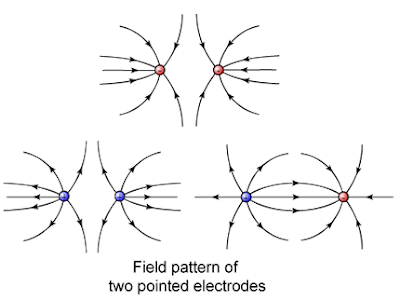 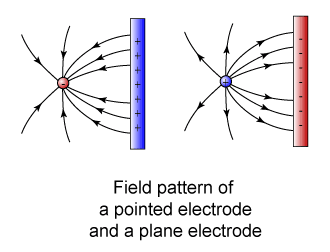 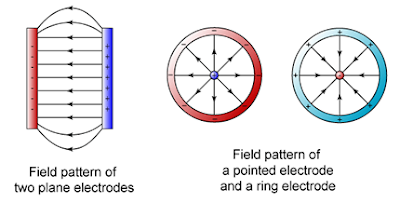 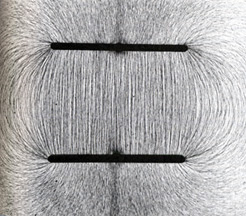 
Candle Flame in the electric field 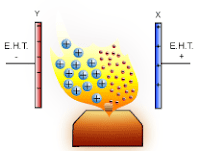