1. Interference of waves occurs when 2 sets of continuous waves meet and overlap and their wavefronts superimpose each other in accordance with the principle of superimposition.

2. Principle of superimposition states that: when 2 waves overlap, the resultant displacement is equal to the sum of displacement of the 2 individual waves.

6. Approximate Formula for Wavelength (λ = ax/D) from Interference Pattern:
a = distance between the 2 coherent wave sources 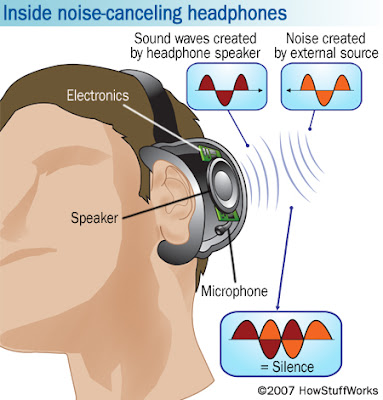 Application of noise cancellation:
Posted by MR. Tan (tutortan1@gmail.com) at 11:23